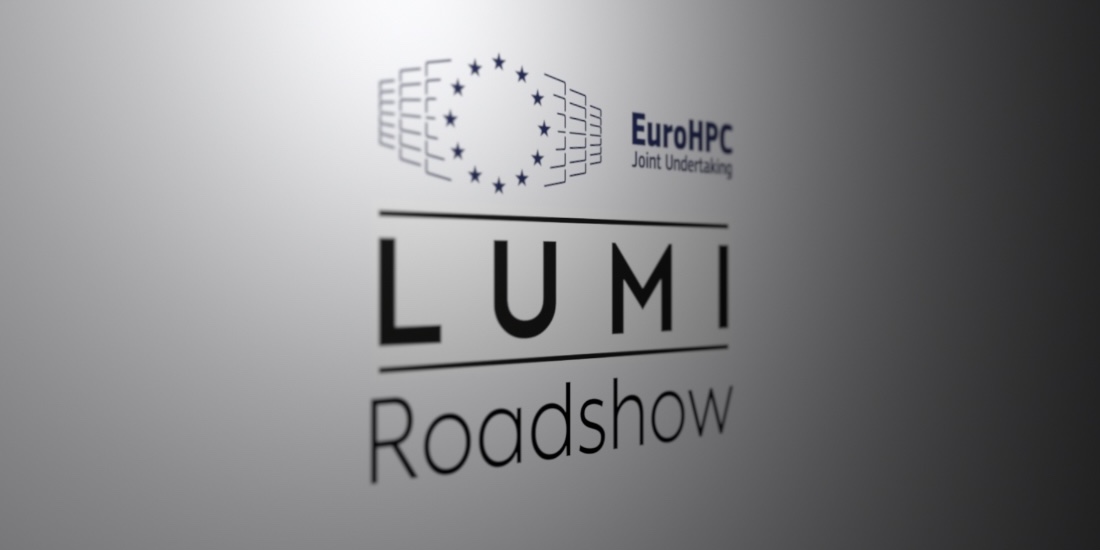 The 3rd online EuroHPC JU/LUMI Roadshow attracted 60 participants. Representatives from EuroHPC JU and PRACE offices, as well as from the new EuroHPC JU supercomputers hosting countries participated and gave presentations on the specs and use of LUMI, Leonardo, Vega, MeluXina, Karolina, Discoverer, and Deucalion HPC systems. The overall large interest resulted in an interesting Q/A session about the features and details of those large HPC systems, functionality and accessibility options both from potential future users and user support. Below is an aggregated summary of this Q/A session.

According to Evangelos Floros, Programme Officer Infrastructure at EuroHPC JU, large companies along with SMEs, academia and public administration will be able to apply the EuroHPC JU access calls for any system, provided their applications are Open R&D (scientific results will be publicly available).
First extreme scale calls are not expected before 2022. The date will depend on the availability of LUMI and Leonardo partitions. For LUMI-C (expected in November) EuroHPC JU will offer Benchmark and Development access once it will be operational. A possibility is also considered to open it for Regular Access calls.
EuroHPC JU will not be offering early access in the same sense that e.g. the LUMI consortium does. The earliest will be the Benchmark & Development access. Eligibility for access is detailed in the Access Policy. In principle users from H2020 participating/associated countries are eligible to access the systems.
LUMI, Vega, Karolina and MeluXina systems will be available for SMEs during the next cut-off (end September) for Benchmark and Development type of access.

Regarding industry and public administration access to EUroHPC JU systems, Florian Berberich, the Operations Director and Council Secretary at PRACE mentioned a 5% and 10% allocation per system and per call to avoid that many applications apply only for one of the systems.
Moreover, the EuroHPC JU regular type of call is not comparable to DECI calls. The peer review process is different. EuroHPC regular access has a true European peer review. Projects for DECI are reviewed nationally and compared afterwards at a European level.

Pekka Manninen, the director of LUMI, presented updates on LUMI and stated that access to LUMI will not be entirely through EuroHPC/PRACE calls. 50% of the resources are allocated by the LUMI consortium countries directly. Sweden, as an example, has 4% of the resources to allocate as they see fit.
Concerning porting new codes to LUMI, he suggested that users should apply for the development access from either JU or from a LUMI consortium country if the interested party happens to be located in one.

With respect to Vega, Andrej Filipčič from the Jozef Stefan Institute mentioned that the plan is to enable “cloud” type access to the system for AI/ML projects and tools such as k8 and work extensively in the following few months. Also people from Computing Science Faculty will be working on that as they have expertise in this field. It is however hard to predict when the system will be sufficiently stable for production. Some missing components are automated k8 worker deployments and resource allocations with SLURM.

Regarding security he pointed that services for remote access are authenticated with CERT access for now (approved list of CERTs only through group membership), later there will be integration with FENIX auth. Also, the services like gsiftp are quite robust security wise, though this is being replaced by https/REST access. All the remote requests go through few servers with NFT ACLs that can filter out access from domains that should not have access to the system.

Valentin Plugaru, CTO LuxProvide, commented that the scheduler in MeluXina is Slurm. There will be examples for users on how they can spawn Spark on demand within a job context, but we’re looking at other options as well.
Ivan Dimov, the head of Department of Parallel Algorithms in the Bulgarian Academy of Science and representative of Discoverer mentioned, regarding the model and policies for paid access, that the procedures are in progress of a definition and will be synchronised with EuroHPC JU governing board.

If you missed the LUMI Roadshow, you can get the summary and slides on https://enccs.se/events/2021/09/3rd-lumi-eurohpcju-roadshow/.

Below you can subscribe to our newsletter for quarterly updates on our work and future events.

Learn more about LUMI on https://www.lumi-supercomputer.eu.